2015 has, similar to 2014, been all about dabbling in a myriad of MMORPGs. There are so many downsides to this approach to MMO gaming that it could become a post for itself. There are, however, three points that make me want to try and focus again this year.

Why playing fewer games is a good thing

First, dabbling is expensive. When you are MMO homeless, each and every bit of hype, patch, update and expansion is going to lure you to spend money for Early Access, a subscription, the expansion and/or shop currency. Furthermore, and i think this is true for a lot of folks, you’re way too optimistic in your spending, so you’ll choose the more expensive way of buying things- the collector’s edition, a longterm-subscription, bigger shop-currency-bundles and so on. Now, i am in the lucky position that i don’t need to think that much about spending a bit for my hobby, but still, playing MMOs and gaming in general should be done on a budget these days. Publishers have become very good in getting money out of our pockets to buy without thinking. Playing fewer MMOs, and games to an extent and putting my gaming under a budget will hopefully result in spending less this year.

I don’t play a lot. Well ok, the truth lying in that statement depends on your perspective. Normally, i spend about 40 hours a month in gaming (with peaks and valleys, of course…darn you, Rocket League). Now try and play 7 MMORPGs and multiple massive single player RPGs within that time. You don’t achieve anything. Even if/when i focus for some time, by the time i’m returning to an MMO, i feel lost- don’t know anymore what i wanted to do with the character i played last time, don’t know where she was in terms of questing progress, what the items in the inventory mean and so on. So more often than not, i’ll create a new character. I have very deep knowledge of the first 10 hours in many, many MMORPGs, but more often than not i don’t know the mid-levels. So when i play fewer MMOs, i might actually see more, feel more motivation to play them and will feel more immersed.

For our fledgling community

The small community we’ve founded in september has played The Secret World, Guild Wars 2, Elder Scrolls Online and Wildstar together. We wanted to make Wildstar the main MMO, but that didn’t work out. After that became clear, we didn’t want to focus anymore and instead just play together. Turns out that, since then, we’ve only played ESO. If we want to grow a bit, the community needs to focus.

After Wildstar didn’t work out, we met up in Elder Scrolls Online and really liked the experience we had so far. We have a regular group going in the Daggerfall Covenant, but the majority of our solo characters are with the Aldmeri Dominion. Currently, we are discussing if we want to change the alliance for our existing guild over to the Dominion. In my opinion, this would make more sense, although i’m having trouble arguing for it in terms of ingame mechanics. Sure, there is an influence in Cyrodiil, but i’m guessing this won’t play a large role for us- even if/when we plan to play there, it seems unlikely that our guild would be able to hold something. But it seems counter-intuitive to me to have a guild with the DC, when all we are playing there is our regular group. Furthermore, we are looking at recruiting some people to our guild/community and here, as well, the Aldmeri Dominion seems to make more sense.

ESO is a good game- i like the possibility to skill your character in the way you like, i like how the newer DLCs provide activities independent to the level of the character and i think ESO is one of the few games with a good 2016 ahead of it, maybe they’ll even include housing, which would improve the game a lot.

For me personally, it fits the resolution to spend more time with PvP and fostering and playing with our small community. It also has a great business model, in my opinion. Everything other than DLCs is optional, and even those are to an extent. So if we’re guessing, maybe 15000 Crowns for 4 DLCs in 2016, factor in the 9000 Crowns i have right now, we’re looking at an investment of, say, 70€ this year. It would be on my terms, though, and could become less if i make use of special offers for crowns like those they had on christmas. 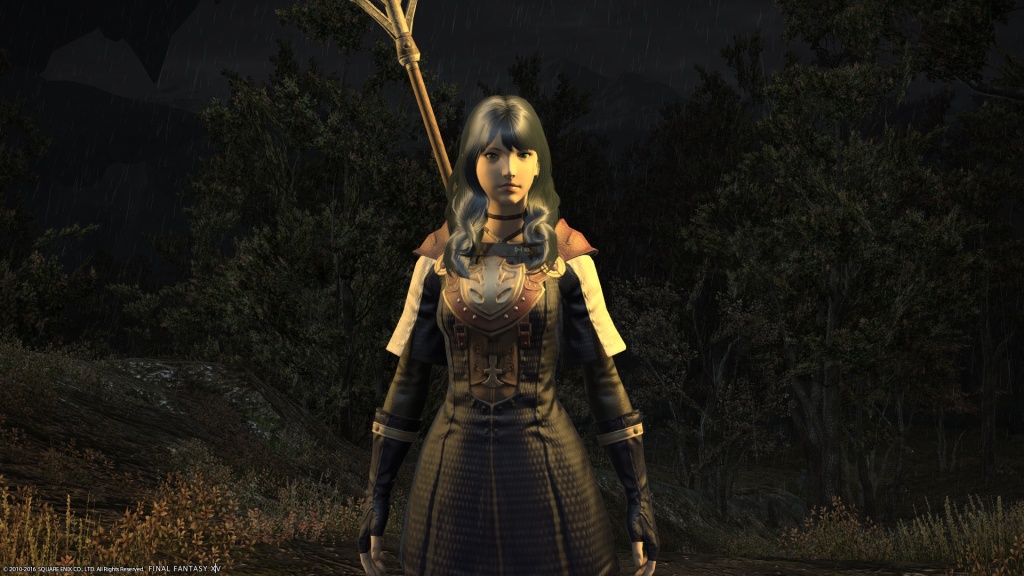 For me, personally, ESO has a few flaws: it’s somewhat linear and in the end, most activities are combat-related and it is an “action MMO”. With those, i do have a hard time to relax from time to time. I need a hotbar-combat-focused MMORPG in my rotation. There are a few good ones out there- Lotro, SWTOR, Rift, EQ2 and WoW, to name some. I’ve decided for FF14 as my MMO to relax, because i paid for Heavensward and haven’t seen anything of it yet, because it’s a simple subscription MMO with a heavy PvE focus and it also seems to have a good 2016 ahead of it. There’s a lot to do in FF14, as well.

Yes, that’s cheating. But last year, i decided to spend money on Blade&Soul and i don’t want to see it go to waste. I also don’t regret “buying” it, because i’d really like to see an MMO with an eastern setting. In the closed beta i attended, i also liked the story. But i know Blade&Soul isn’t going to keep my interest at a high level in the long term, because it’s heavily combat-focused and doesn’t seem to offer much in terms of non-combat activities. So chances are that Blade&Soul will be replaced at some point.

There are some good candidates for that replacement- the first most likely to come up will be Black Desert. I’m still holding out on this- but i had high hopes for ArcheAge and Black Desert seems to follow some of the design elements of AA- hopefully without ruining it in the same ways as AA did.

The other ones aren’t released yet, as well: Camelot Unchained is a strong contender, Shroud of the Avatar, the Repopulation, Crowfall will come out at some point, as well. All of them are good candidates for me when they do their final wipe.

Then there’s Guild Wars 2, with its WvWvW, which is something i’d like to look into from time to time.

All others…i need to stop thinking about them/trying them out. Rift is great, but the world and lore don’t appeal to me for some reason. I always like the gameplay element, but at some point, it always bores me.

Lotro has a great world, is very relaxing to play, but it’s best days are behind us and i’m way too far behind the curve to make this an MMO experience for me. I might dabble in it from time to time, maybe use my bought level 95 character to see the world, but that’ll be it.

SWTOR…no, i have to cross that off the list. It’s a subscription game and subscribing to it never paid off for me.

TSW is great, lore-wise, but it has the opposite effect as Rift on me- i love the world, setting, atmosphere, but somehow the gameplay turns me off.

Too many to name. Regarding new releases, i bet i’m going to end up in the Division and Overwatch. Then there’s a whole bunch of single player RPGs i want to play: Fallout NV, Divinity: OS, Fallout 4, Sword Coast Legends, Wasteland 2, Pillars of Eternity.

Lately, i was also having an itch to play an ARPG, with Diablo 3 being the most likely choice. And i might even take a look at the beginner MOBA Heroes of the Storm, thanks to Rocket League.

Speaking of which, the “play Rocket League” button is still the biggest obstacle for me to even launch an MMO these days. 50 hours in and still having fun- even more so than in the beginning.

This site uses Akismet to reduce spam. Learn how your comment data is processed.