So Massively Overpowered reached their Kickstarter Goal in just about 48 hours. It seems they didn’t need my help (via Massively Legacy, a short-lived series), after all 😉 Anyway, i’m glad it happened, because i have a feeling that what we’ll get will be better than what AOL gave us. Also, i’m happy to see that our support went above and beyond just telling them they should continue.

Of course i’d like to get some suggestions written down here that would help, in my opinion, of course, to raise the quality above AOL levels.

Give some love back

This isn’t the most important, but it’s the one i’d like to begin with. They’ve been great in providing shoutouts to bloggers in these last days (my blog was mentioned more than one time, and i’m thankful for that), and there was the great column titled Global Chat over at Massively. I think the team should keep that column, maybe make it a weekly feature or maybe even weigh in with their (or the columnists) opinions. They could also link out to bloggers who have touched on a subject if they know some posts are out there. One thing to cut out, for sure, would be the inability to link to external sources in the article copy itself- they couldn’t do it under AOL, i hope this will get fixed.

I loved the Wasteland Diaries. It was the dedicated Fallen Earth column. Really, a dedicated Fallen Earth column! It was there and it was great (although, didn’t Justin cover that at some point? There’s some other author in the category). I’d like to see some ingame-experiences again. Granted, bloggers provide those, i try to, as well, but maybe spice it up with an unusual angle or something? There are some things i searched for recently but couldn’t find, namely an introduction/tutorial for EQ2 beginners- everything i found seemed to be outdated, the best resource i found in this regard was this wiki entry. Also of interest: what quests do i need to unlock features in Final Fantasy XIV? Stuff like that. Or, you know, just show off the worlds. Justin does a great job at providing this stuff on his personal blog, of course, and maybe the Overpowered writers have more important stuff to write about, but the essence is: i’d like to see a return of blogging/opinion pieces over merely covering news.

I’d also really like to see a return of the Dungeon Tours series MJ started in the end of 2013. This is a great way to include the community (by grouping up) and showing off the games. Another thing would be to bring back community guilds. I know they have been a thing, and some of them are still active, but i think it would be a good idea to do something like that and make it a little more prominent. In that veign, i’d love to see the roleplaying column and guild advice return.

Just do what they did…only better

I think this is too much, of course. They won’t do all of that, maybe even nothing at all. And really, i’m just happy to see it back and i’m sure they’ll make some changes that make the site better than it was in 2014, so that’s great. Everything else…well, it’s just bonus.

I think if they just took what they did on Massively before the cuts and improved the “community” part a little bit, it would be great. The team is great, and now they are on their own, so i guess they have their own thoughts about how to make the site great and it will be a little different than when they were part of Joystiq, even if AOL/Joystiq didn’t seem too heavy-handed despite the budget cuts.

I’m really looking forward to seeing what they come up with and i hope to see first content going live today. They’re aiming for “this week”, but there were mentions of today, as well. 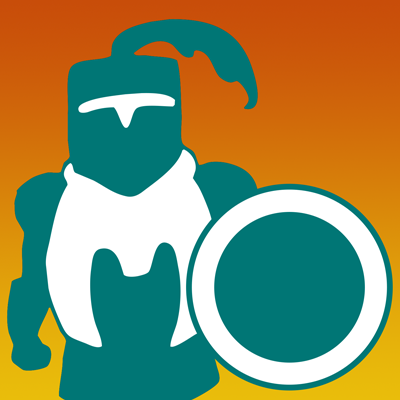 So, there we are. If you want to help the Massively team in their adventure to create Massively Overpowered, head over to their Kickstarter site and give them some  money. Or else, just share this page where it might make a difference.

A quick note: i think their approach to using Kickstarter, Patreon and Ads will work in their favor. It’s a very smart way to set this up, building up security first and continuity second. My guess is that the Patreon campaign will not be as successful as the BlizzardWatch patreon, but to be honest, i’m very curious about how the Patreon-only campaign of BlizzardWatch will work out in 6 months or so (i hope they’ll be fine, though). That is, in part, because i think people are going to shell out a considerable amount of money in the Kickstarter Campaign and might be a little more frugal when the patreon comes. Or maybe there’ll be just different people, we’ll see.

Anyway, i think the way the Massively team is doing this is a good one.